Photographs of The EV1 Electric Car

The EV1 electric car by General Motors was was produced from 1996 through 1999. It was the first modern production electric vehicle to hit the road and was availible through a lease program through the manufacturer. Despite its short life (the vehicles were ultimately all recalled by General Motors and destroyed), I believe the aesthetics of the EV1 surpass any electric car on the road today. The design hit a sweet spot of being visually distinctive without being too outlandish. The form made a visual statement that this car was different. It was nice to look at and a blast to drive.

Driving the EV1 convinced me that electric cars were the future of transportation. It would be another decade before commercially available all-electric automobiles would be on the road again.  Following are photos that I shot of the EV1 in Los Angeles, California. 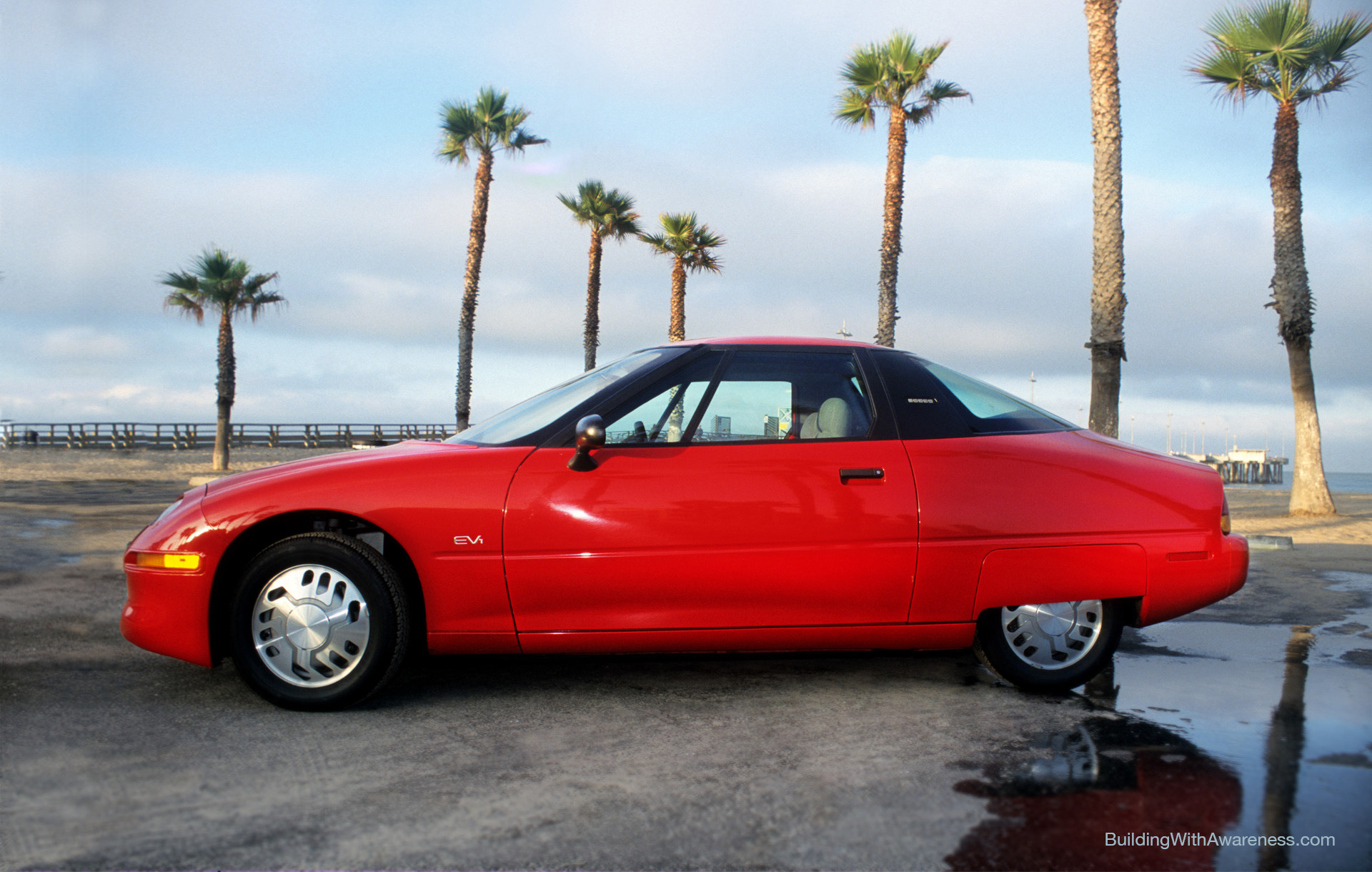 A side view of the General Motors EV1 electric car featuring a streamlined profile. 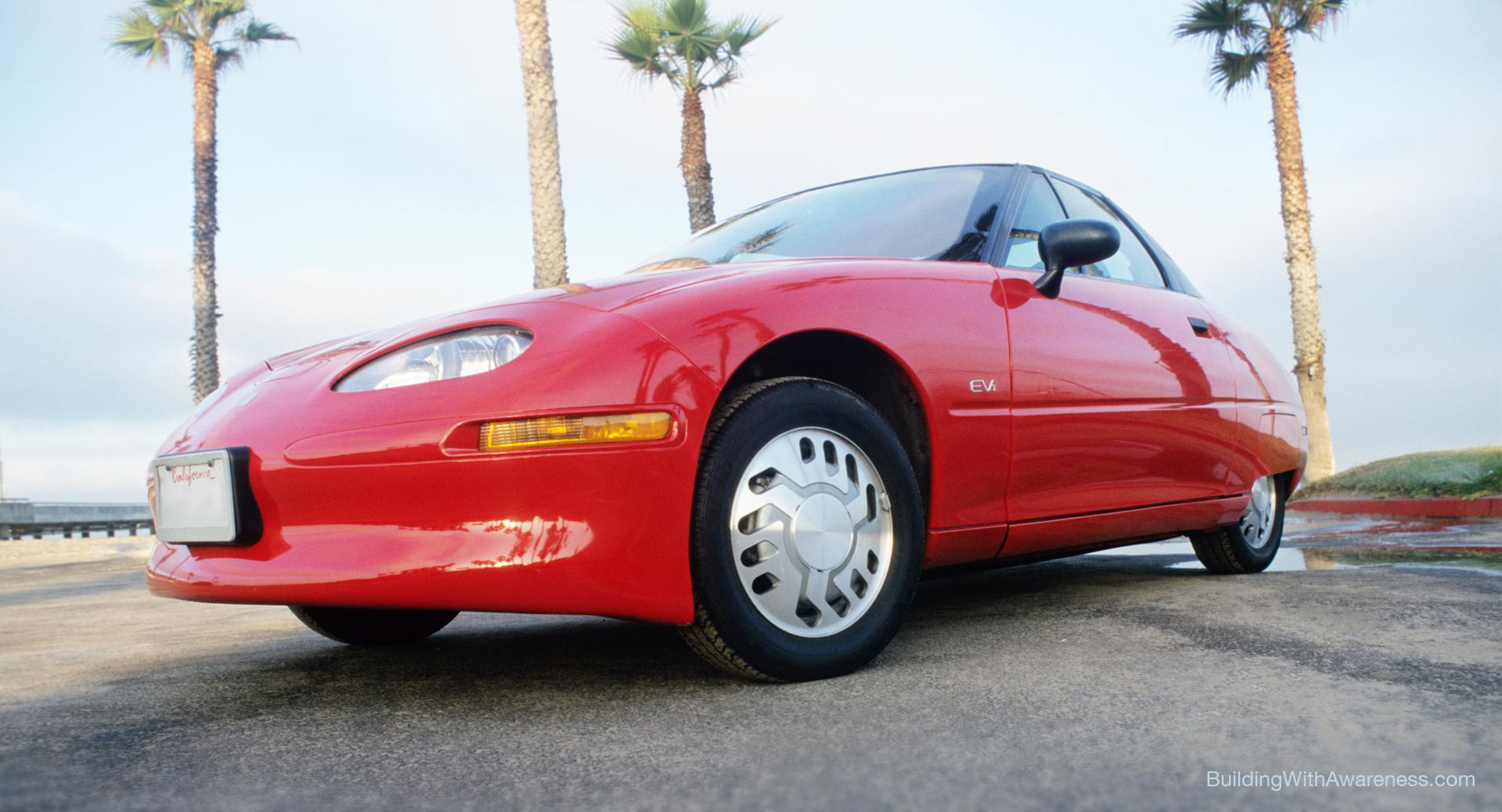 Due to the electric motor, the front radiator grill was eliminated. 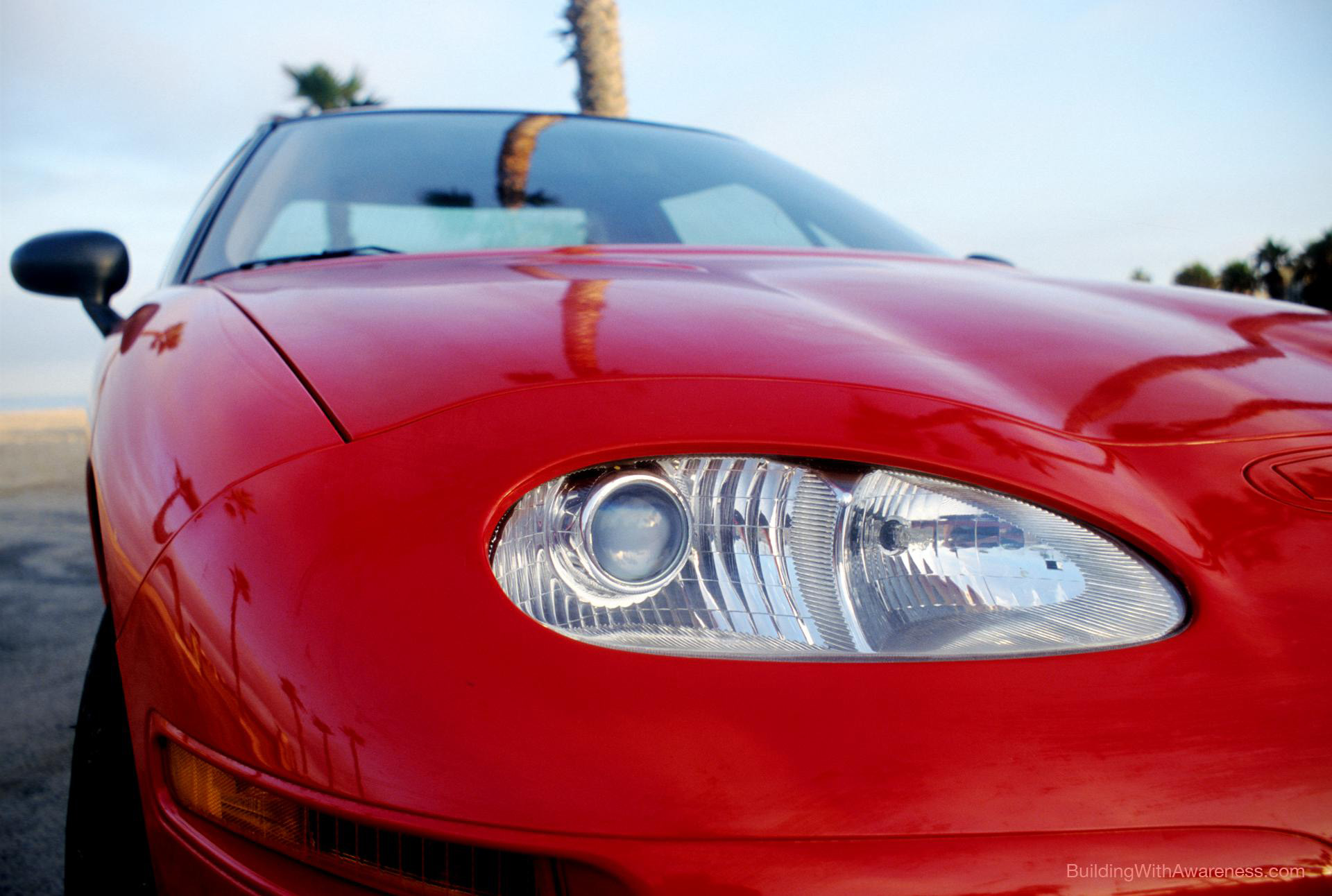 The EV1 featured recessed headlights and a clean design that had the lowest drag coefficient of any car in history at the time. 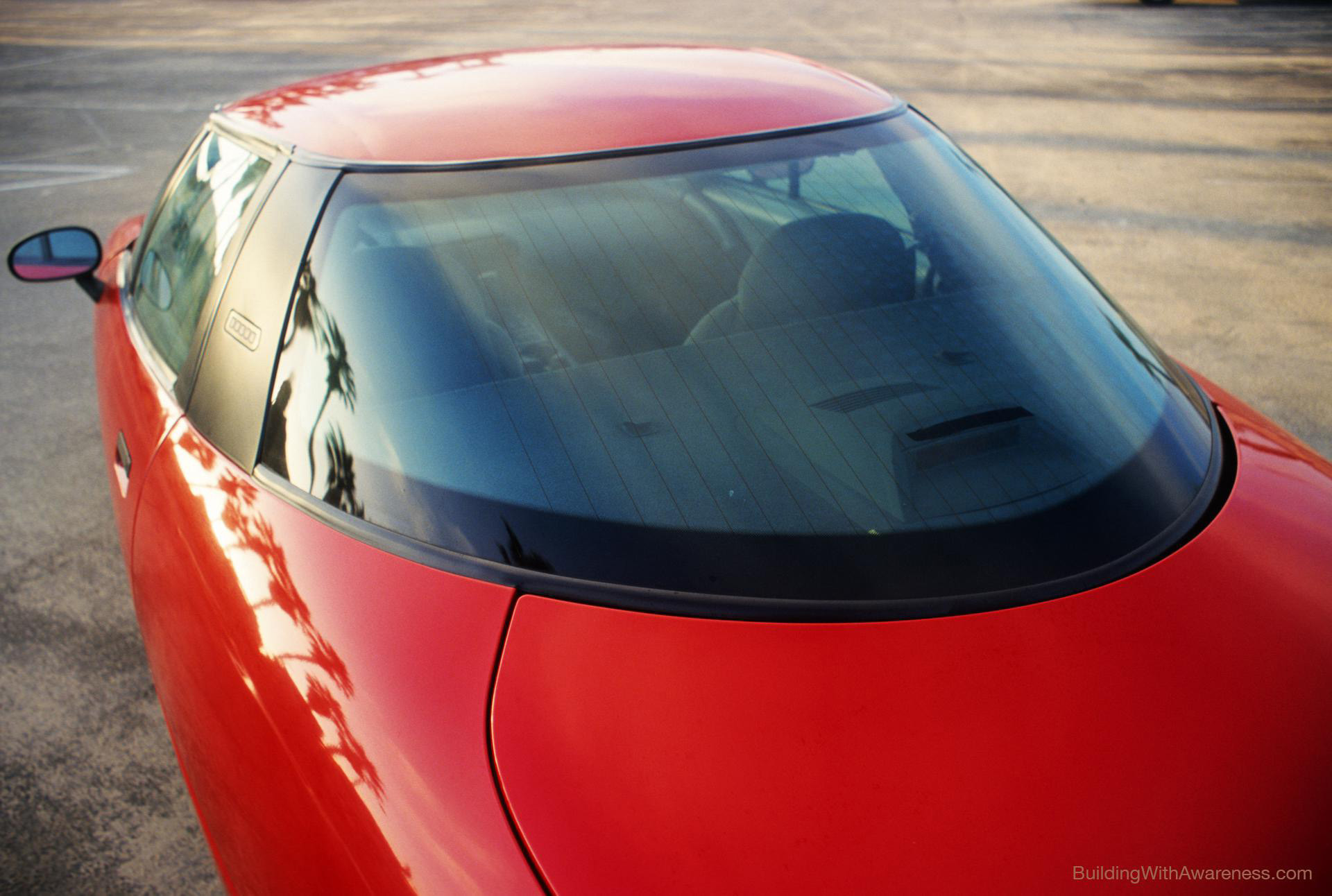 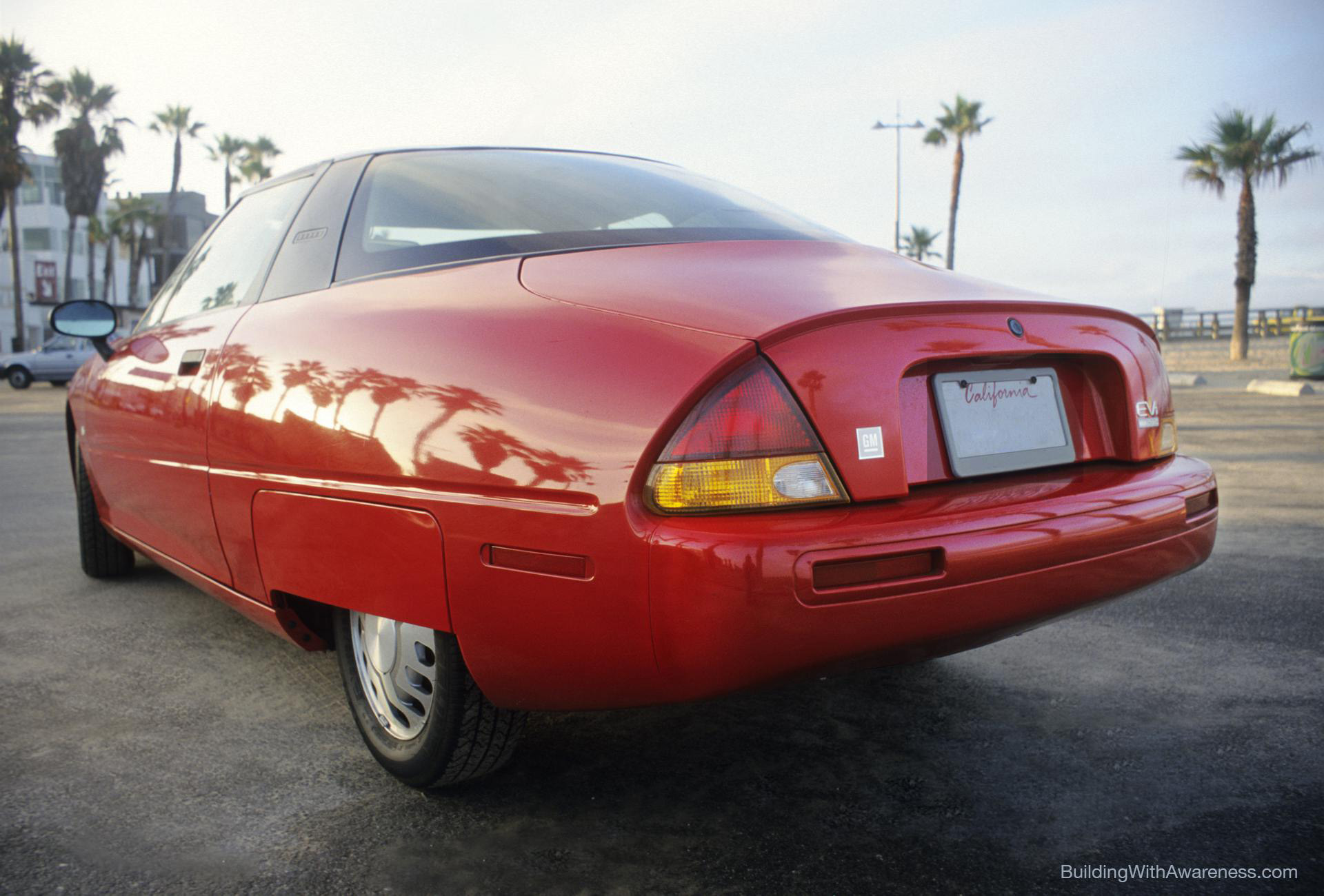 The rear wheel wells were covered to reduce drag. 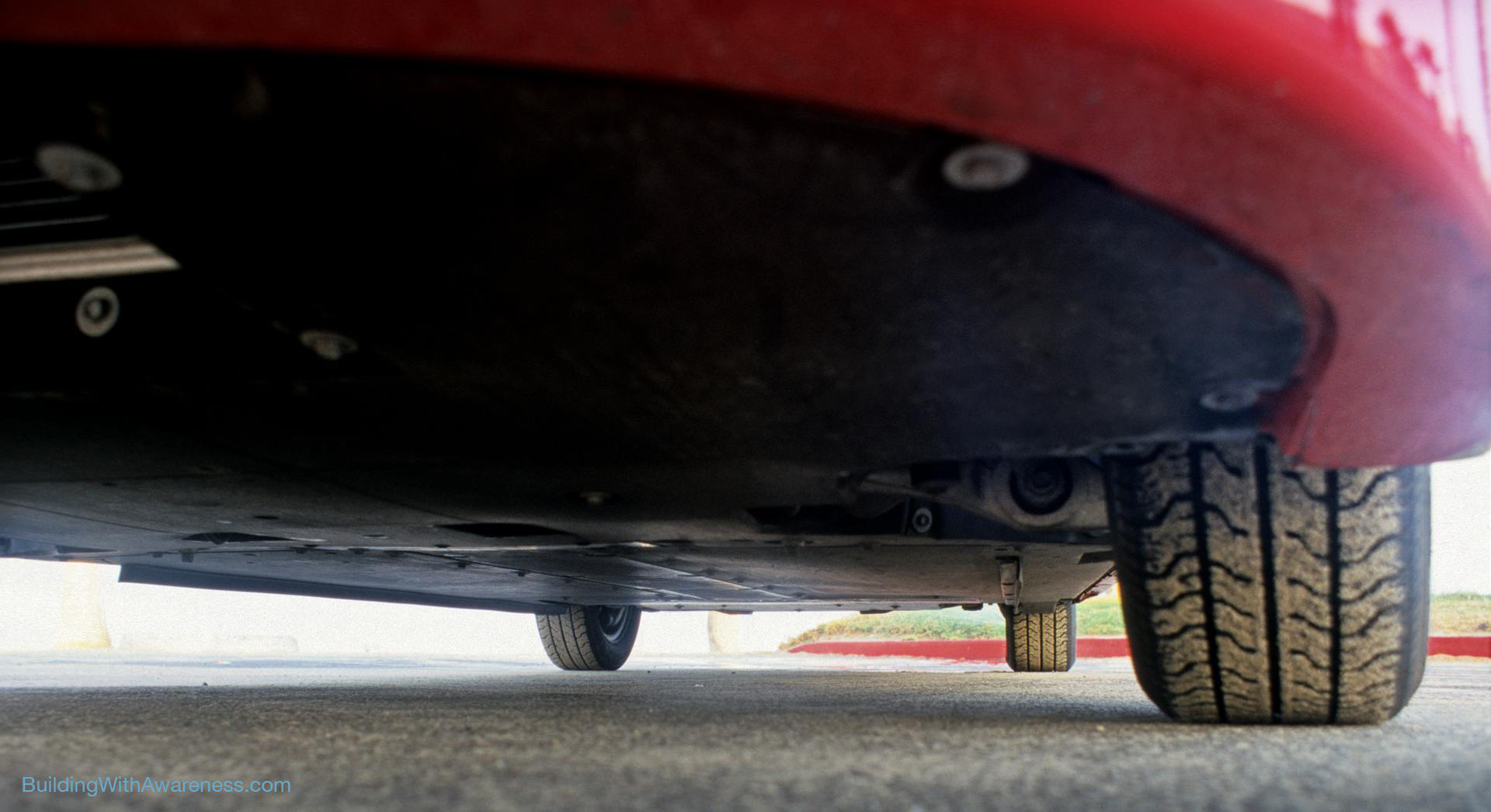 Even the underside of the EV1 was streamlined for better aerodynamic performance. Most cars on the road today have undersides that are anything but aerodynamic. 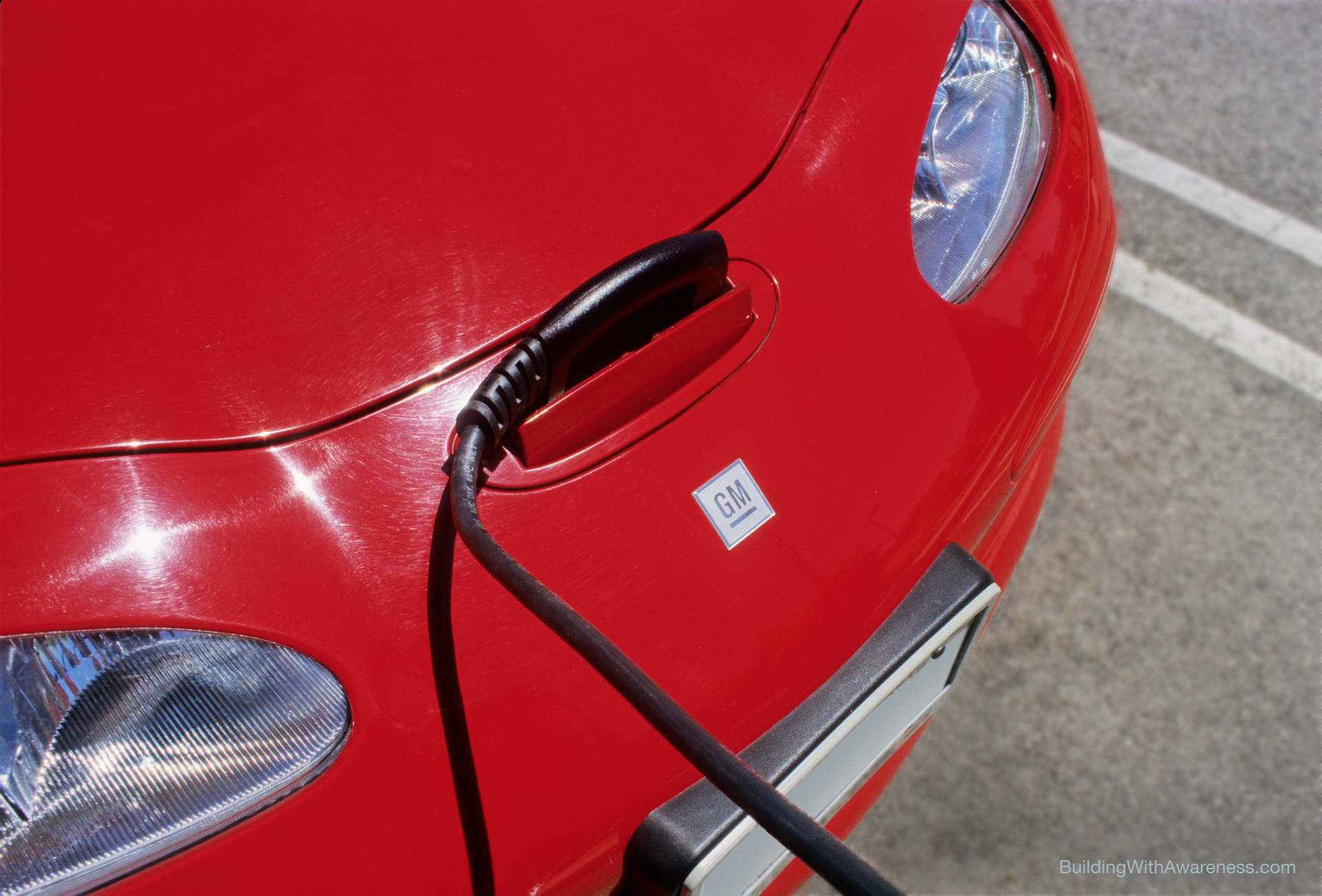 The EV1 charge port was located on the front of the car. 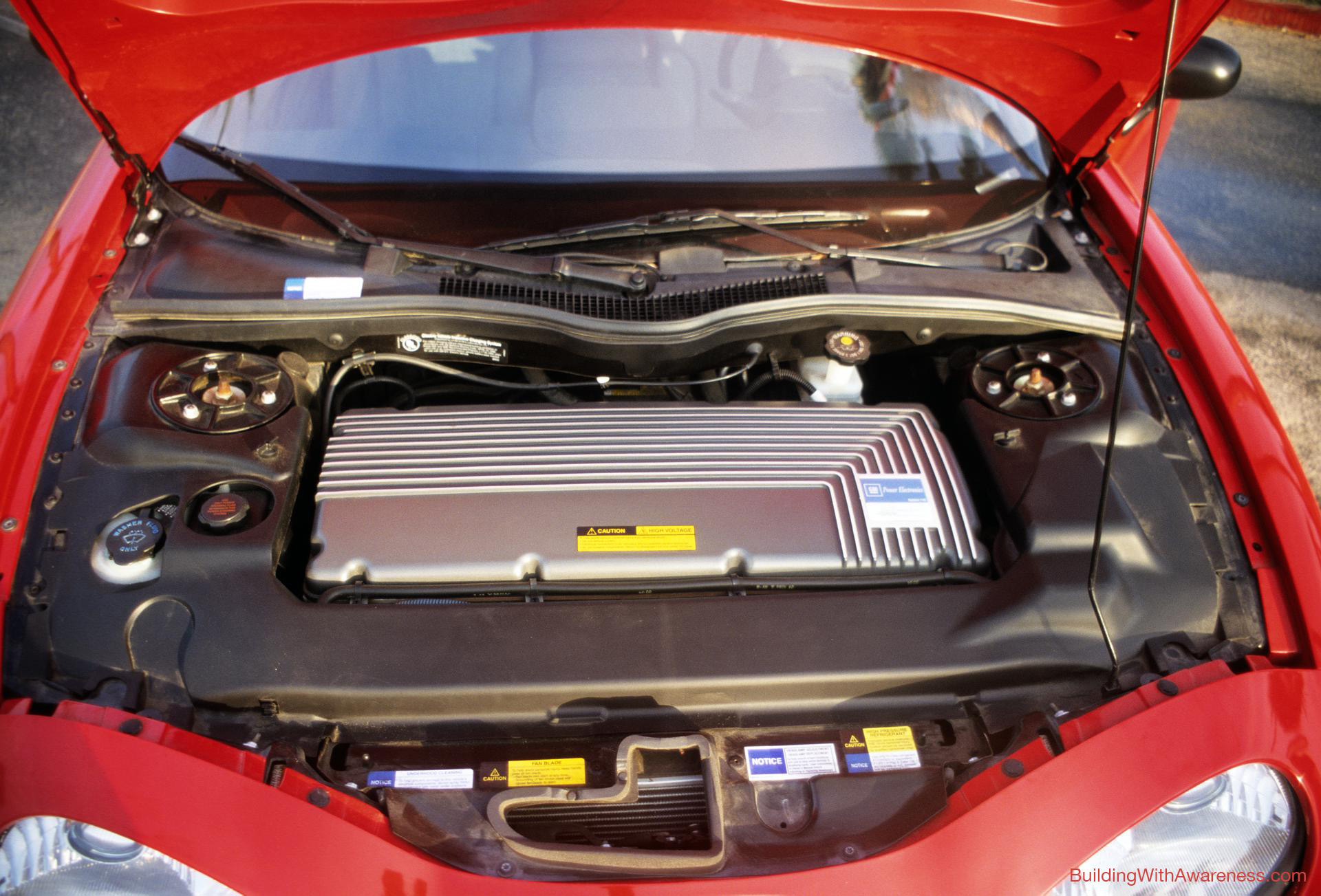 The EV1 electric car with open hood showing the motor and inverter compartment. The power was stored in heavy lead-acid batteries. 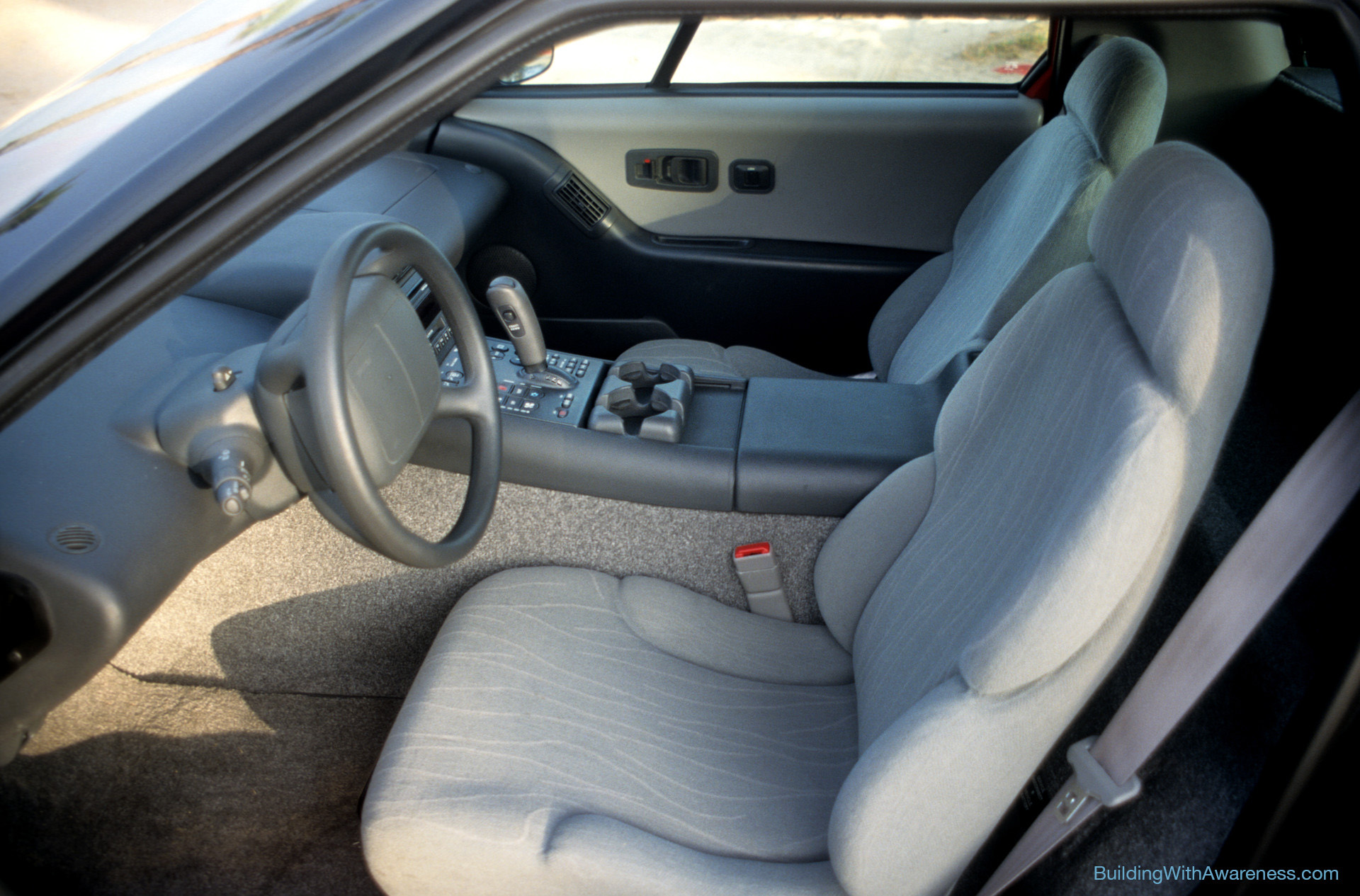 The interior of this two-passenger electric car featured side-by-side seats separated by a control console. The interior design was neat and clean. 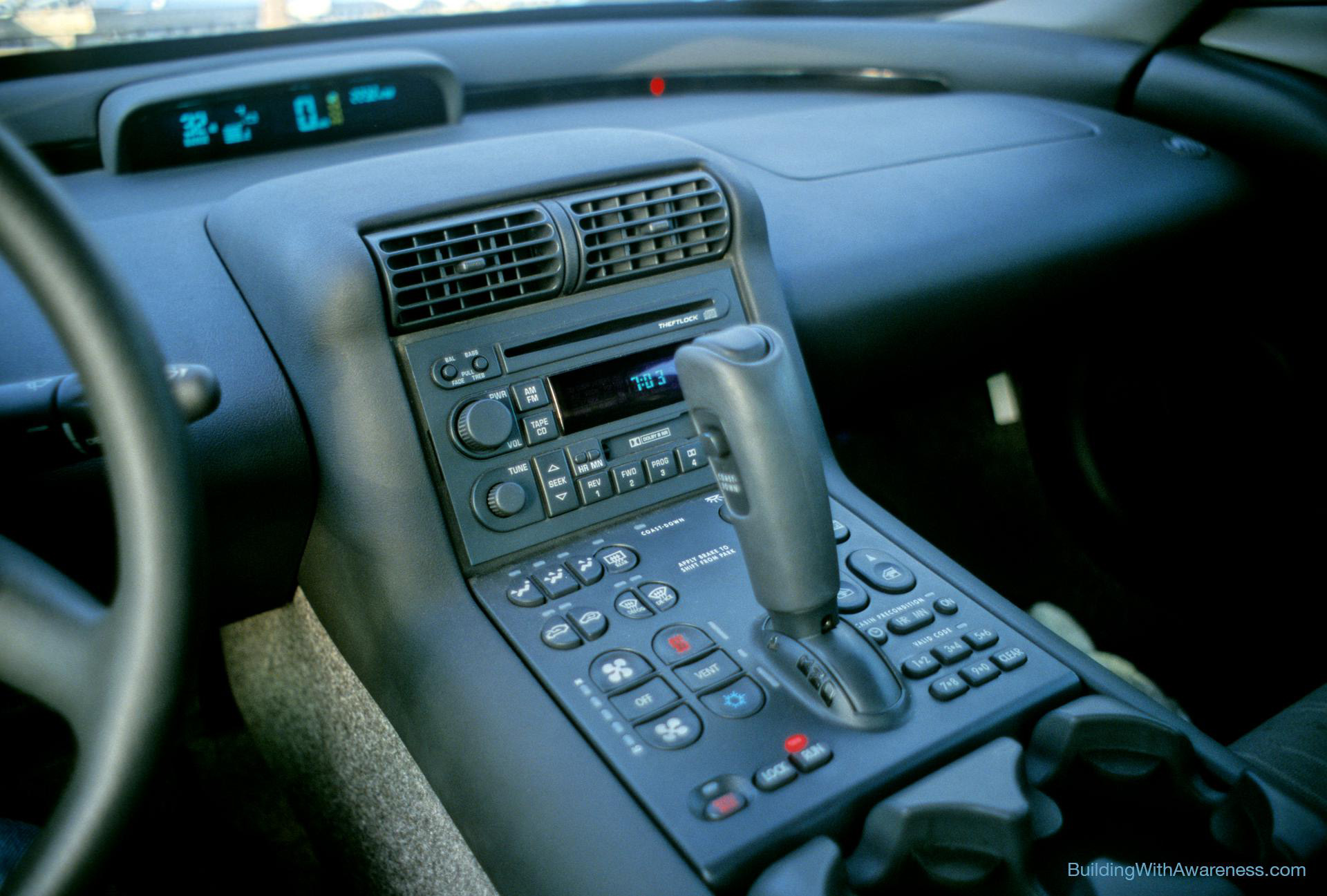 A closeup view of the EV1 center console.

The wrap-around illuminated instrument panel was easy to read and a break from conventional dashboards at the time.

All photographs Copyright © 2016 by Ted Owens. All rights reserved. You may use these photographs on your website for non-commercial use as long as they are unaltered and you link back to www.BuildingWithAwareness.com